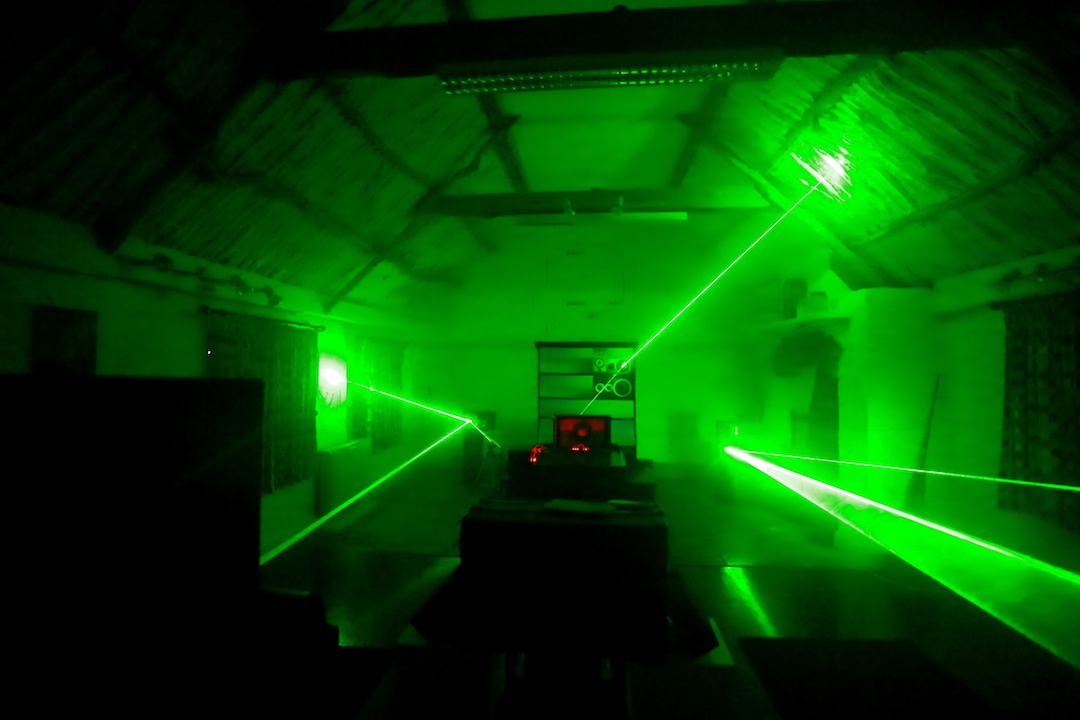 An icon inside an icon; one imagined space framed by another; marked by an anniversary.

This site-specific multichannel sound and light installation, co-created with artist and musician Joe McLaughlin (and my second piece in response to the 1916 centenary) is partly a deconstruction of the early 1960s RTÉ broadcast version of the Irish national anthem (as arranged by the Anglo-Irish composer Brian Boydell) and partly an exploration of drone–based experimentalism and intermedia experimentation, with beating microtonal drones causing lasers mounted on speaker cones to trace out movements on various surfaces of a reconstruction of a thatched cottage.

The piece was installed in a reconstructed thatched cottage in the Craft Village, Derry, during the ISSTA International Festival of Sound in the Arts, Science and Technology in September 2016. It takes as one aesthetic point of departure the drone-based immersive installations of New York composer La Monte Young and as another, the more traditional musical gestures of this 1960s orchestral arrangement of the Irish national anthem. The two spaces collide in this reconstructed rural cottage, perhaps imagining an alternative universe in which leading experimental composers and artists from the New York ‘Downtown’ scene decamped to rural Ireland in the 1960s!