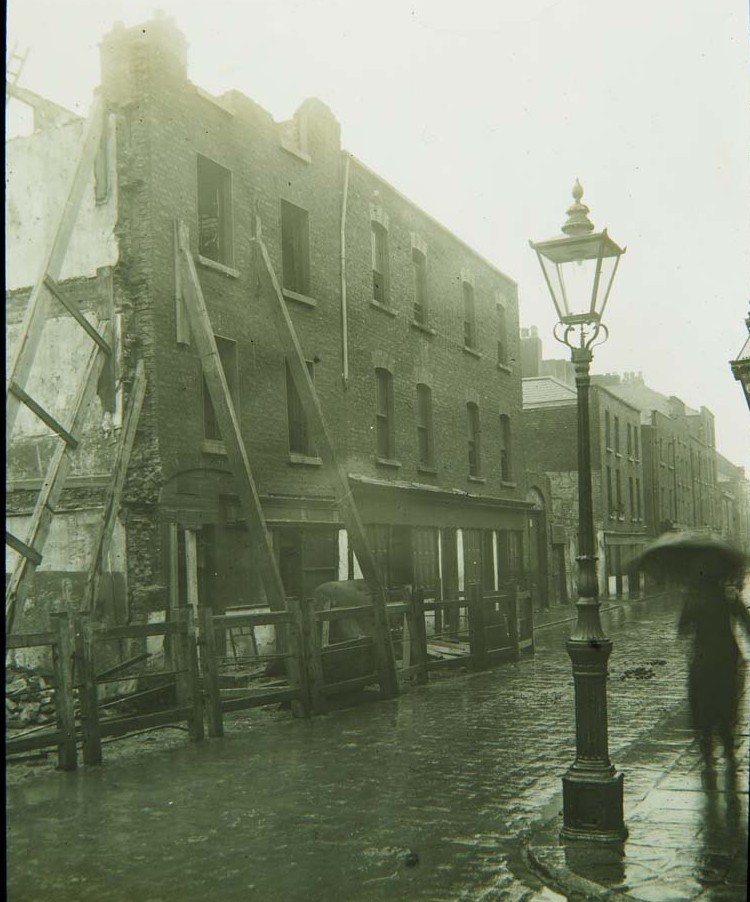 Collapsing Old Buildings was installed in the Contemporary Music Centre (CMC) in Fishamble Street, Dublin, next to the former site of the premiere of Handel’s Messiah. It traces a line between the boom–time milieu of Handel’s visit (Dublin’s Georgian heyday) and the city’s subsequent economic decline, during which impressive eighteenth–century townhouses were subdivided into some of the worst tenements in Europe. The piece was commissioned for the CMC’s 25th anniversary.

The piece’s structure possesses a metaphorical connection with this collapse, as the ‘edifice’ of eighteenth–century harmony experiences microtonal subdivision. A cadential sample from the 1916 Edison recording of the ‘Hallelujah Chorus’ undergoes a cyclical process (lasting for 1742 seconds) whereby multiple instances are offset (in pitch and time) upwards by a just intonation major third (5/4) and downwards by a perfect fourth (4/3) – both prominent intervals in the original piece – creating a series of microtonal ‘afterimages’ from an initial ‘collapse’, a bell-like peal containing all intervals.

Both this piece and 2013’s Ripples of Inertia Bells are part of an ongoing project investigating cultural contexts in the choice of formal processes as applied to sound materials which embody significant cultural associations. 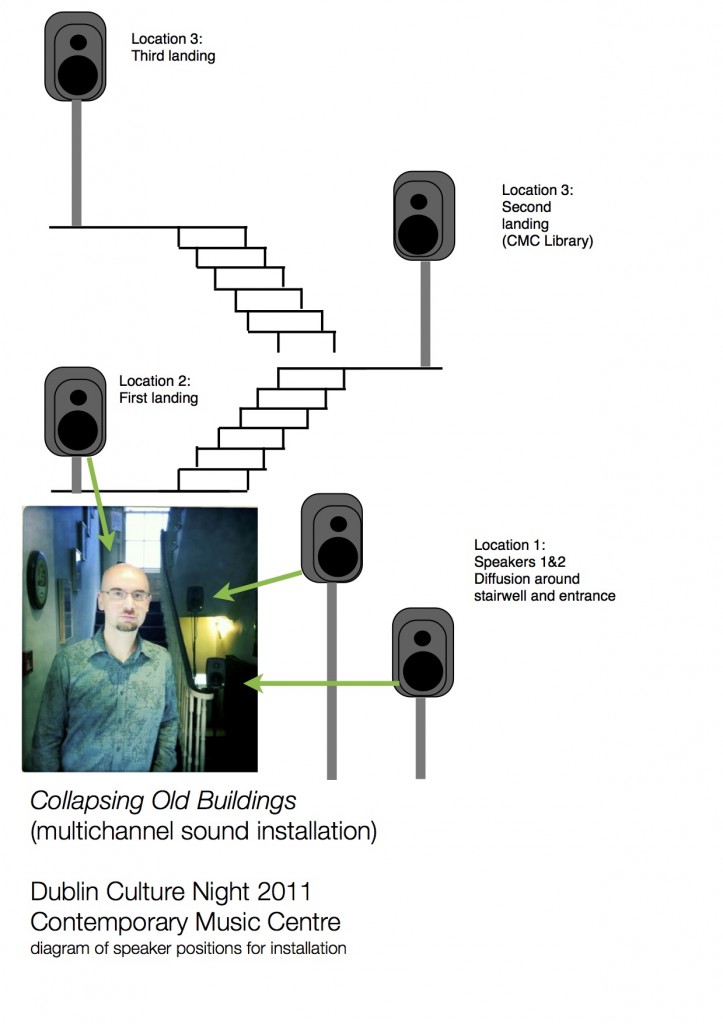