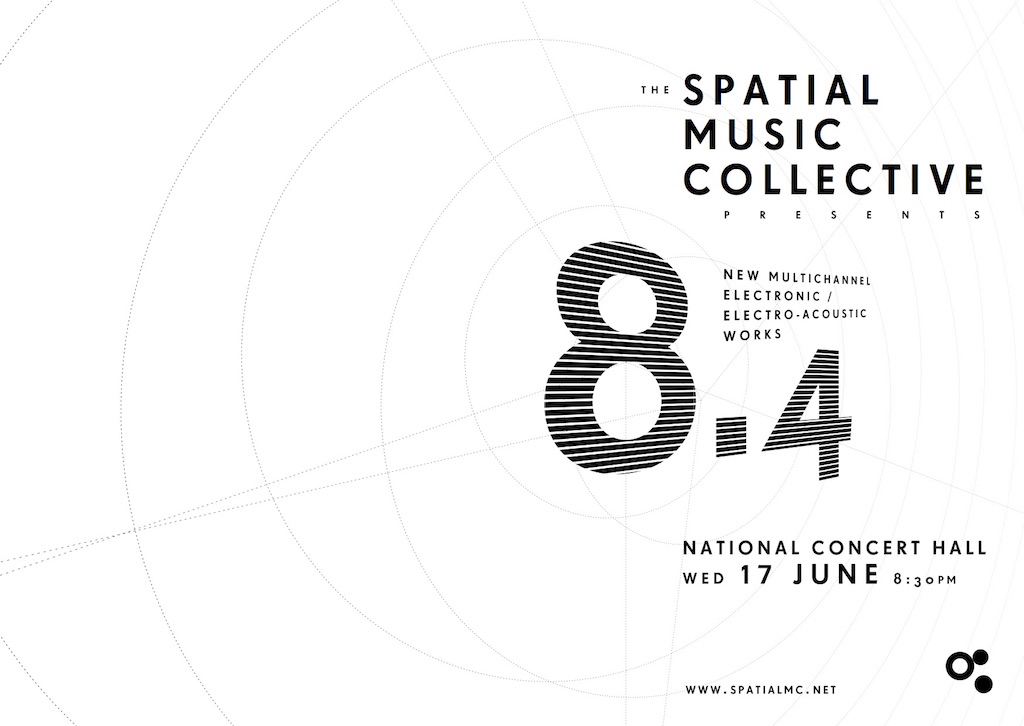 ‘You’d better be prepared for the jump into hyperspace. It’s unpleasantly like being drunk.’ ‘What’s so unpleasant about being drunk?’
‘You ask a glass of water.’
—Douglas Adams, The Hitch- hiker’s Guide to the Galaxy

An old classmate once took an old picture of his and recontextualised it as part of a portfolio. ‘This picture illustrates the three states of matter in water’ went the rubric. It was a sketch of an iceberg floating in the ocean with a cloud behind it and he had originally created it around three years earlier.

This sketch and the after-the-fact (yet elegant) conceptualisation came to mind as I was making this piece. Some of the source material derives from transformations of water-based sounds: digital transformations (bubbling river sounds becoming hissing ‘voices’ through extreme forms of time- stretching) and physical transformations from the steam-based heating system in the building where I work changing water to steam and back again.

Conduit was composed as a response to the idea of integrating two distinct currents within my field of musical interests: microtonally–based drone music and electroacoustic/acousmatic composition. As part of this process of exploration and engagement, it sought to employ processes of phase vocoding to a variety of instrumental and environmental sound samples in order to investigate how a unifying framework for these sounds might be constructed within the context of drone–based/drone–like structures in acousmatic music. The unifying framework found in this case was a metaphor of changing states of matter, explored through digital and physical processes. Time stretching, based on phase vocoder technology, was applied to sounds with dynamic and rapidly time–varying characteristics (liquids flowing through various conduits: rivers, streams and the pipes and radiators of a heating system). The sound transformation processes from the phase vocoder are perceived as changing the state of the liquid to a gas, with the splashes of water turning to anthropomorphic hisses as the playback rate is slowed. This digital process mirrors an accompanying physical one, as other elements of the source materials comprise recordings of steam radiators engaged in the reverse process of a transformation from gas to liquid. These transformational materials form extended gestures which are incorporated into a macrostructure which is organised based on this metaphor of matter states (see accompanying portfolio document). In addition, the processes offer an axis of organisation from transient (hence perceptually foregrounded) sound events to the continuous/sustained environmental–style constancy of drones. Thus, these processes have perceptual implications in terms of the spatialisation of sound: transient events tend to be perceived as more clearly–defined spatial sources; continuous/slowly–evolving textures tend towards less clearly defined enveloping spatialisation or diffusion. 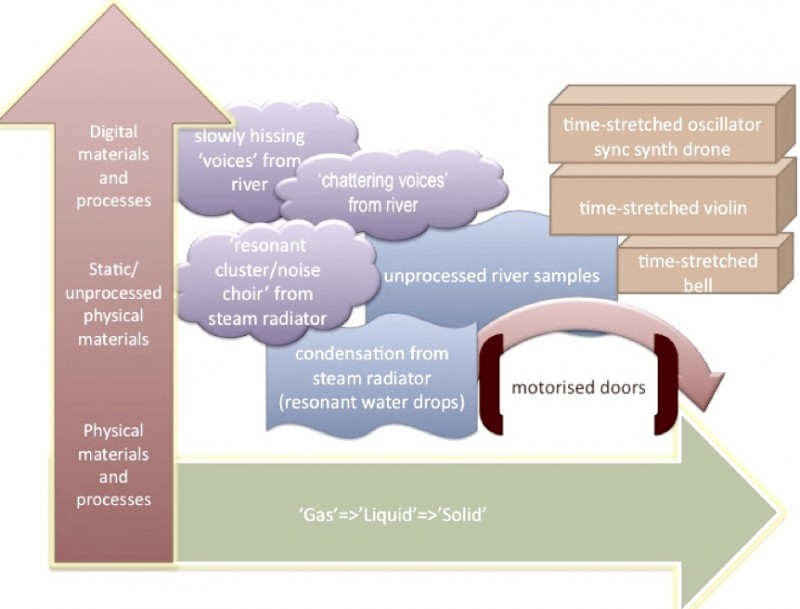 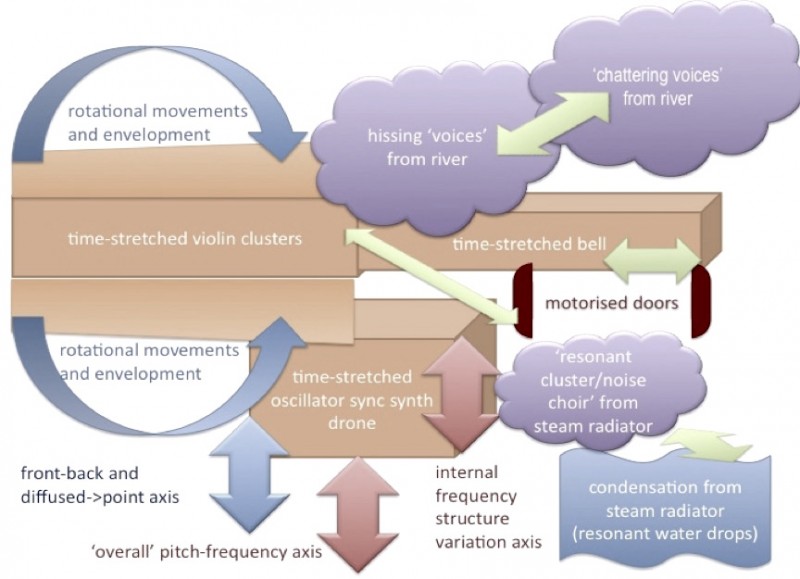