Home (AnNua Productions) is a play examining the plight of refugees and migrants and the dynamics of state power and police brutality, first performed in Liverpool at the Jo Makin Theatre (Liverpool John Moores University) June 18-20 2015, and in Derry/Londonderry at the Waterside Theatre (July 2–4, 2015).

I created the soundtrack using a combination of processed environmental and vocal recordings, including the voices of various immigrants reflecting on their experiences in English and in their own languages. The work also features a reworked version of my 2010 composition Making Ghosts from Empty Landscapes.

A radio promo, broadcast on BBC Radio Ulster, can be heard below:

Further information and reviews can be found here: http://annuaproductions.com 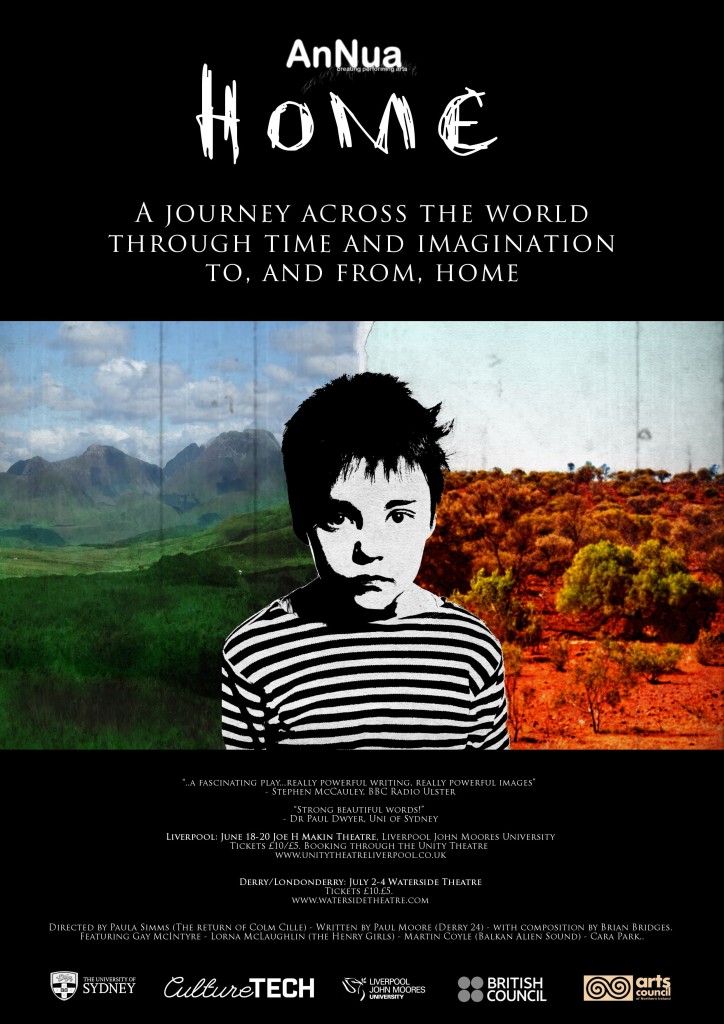