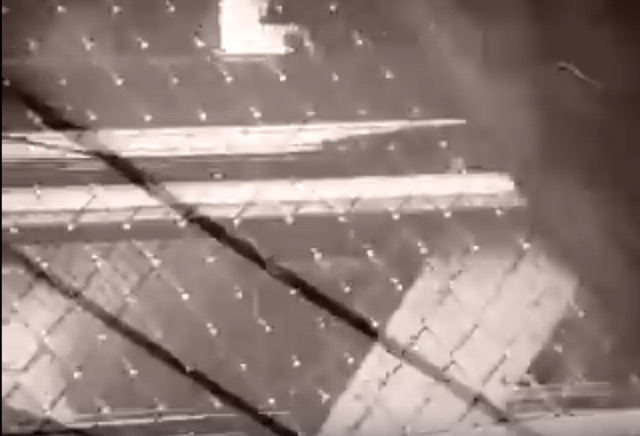 Structure Fatigue is a video piece I made in New York with Libby Fabricatore over 2006 and 2007.

Structure Fatigue examines the interplay between elements in a complex urban environment, leading to certain surface details taking priority over the recognition of shapes or objects.

Noise, in its various forms, acts as both a framing device and an attractor in the processes of perception, with the textural details of building forms (such as the rusting subway overpasses in Astoria, New York) subverting consciousness of their overall structure, identity and associated sense of place.

The visual are structured to complement audio in which small details (tonal pulses) similarly undermine the perception of large-scale glissandi and harmonic structures, leaving the viewer in a state of limbo between this constant movement and a feeling of stasis.

Structure Fatigue was first shown at Sounds Electric 2007 (Dundalk, Ireland) and has since been shown at Spring in Havana 2008, Re: Festival 2008 (Copenhagen) and the Ecuadorian Festival of Contemporary Music (Quito).

Also available on Youtube (may play better on some mobile devices).